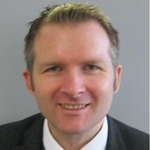 Rupert is Director of Public Health at Doncaster Metropolitan Borough. He trained in general medicine, psychiatry and public health as he followed the path from addressing physical to mental, and finally to social causes of ill-health across the UK. Rupert has held clinical and managerial roles in the NHS, local government, academia and the community, voluntary and the faith sector.

Rupert leads the delivery of the Doncaster Health and Wellbeing strategy, reducing health inequalities including the Well Doncaster pathfinder as part of the Well North programme, joining up approaches to mental health and worklessness and getting Doncaster more physically active.

He co-led the establishment of the award winning Doncaster Improving Access to Psychological Therapies (IAPT) National Demonstration site and subsequently was part of the NICE guideline development group for common mental health problems. He led the award winning Early Lung Cancer Intervention in Doncaster (3 week cough campaign) social marketing project which influenced the ‘Be Clear on Cancer’ programme which he helped develop with the National Awareness and Early Diagnosis in Cancer steering group. He is a member of the National Institute for Health Research dissemination advisory group.

The three values that underpin the work of the Doncaster public health team are ‘learn by doing, ‘make the invisible visible’ and ‘show relentless kindness’.