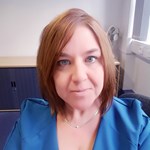 Sarah became Director of Public Health in Bradford in 2018, following roles as Consultant, Deputy Director and Interim DPH. Prior to coming to Bradford she worked in Kirklees for 8 years as a Public Health Consultant in both the PCT and Local Authority, where she also held the position of Acting Director of Public Health for 6 months. Some key achievements include: developing a community based chronic pain service that achieved national recognition and informed the development of a national chronic pain strategy and RCGP commissioning guidance, development of an online tool to support people to self-care that was nominated for a Digital 100 award and development of a nationally recognised self-care programme. She has spoken at a number of national conferences on these topics including the Kings Fund International Digital Health and Care Conference, House of Lords, Northern Ireland Pain Alliance Pain and the Royal College of GP’s.

Sarah started her public health career in 2004 in the Scottish Borders working in a nationally defined role that focused on applying public health knowledge and skills in primary care and community services to embed principles around improving health, protecting health and reducing health inequalities. Those that know her would say she likes a challenge and some particular challenges from this role included writing exercises to test primary cares response to emergencies, redesign of A&E services and implementation of community based men’s health services as part of a national pilot.