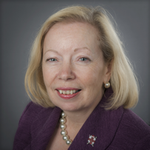 Sharon was appointed to the position of Director of Public in City of York in May 2016 having previously been the interim DPH. Prior to moving to York, she was acting DPH in Barnsley for a number of years. In addition to her role as DPH, Sharon holds responsibilities as chief nurse for the public health nurses (health visitors and school nurses) employed by the council delivering the Healthy Child Programme.

Sharon started her NHS career in South Wales, training as a nurse and midwife at East Glamorgan Hospital before relocating to Nottingham and training as a health visitor. She completed her Masters at Nottingham University. Sharon worked as a community health visitor for around 14 years before taking up a more strategic role in the public health department at Nottingham Health Authority. Sharon has worked in Cambridgeshire, North Nottinghamshire and South Yorkshire before arriving in York.

Sharon is interested in all areas of public health but has a particular passion for maternal and child health.